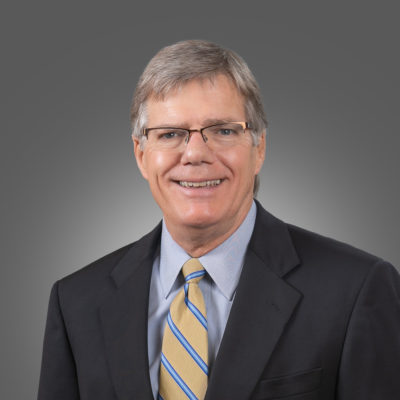 Joe was born in Tallahassee, Florida and received both a bachelor degree (1973) and his Juris Doctorate (1976) from Florida State University. Joe is admitted to the Florida Bar (1976) and is also admitted to the U.S. District Courts, Northern and Middle Districts, and the U.S. Court of Appeals, Eleventh Circuit. Joe is also a Florida Supreme Court Certified Circuit Civil Mediator.

Joe served in the United States Army Reserve (1970-1977) and was the City Attorney for the City of Lakeland (1989-2001). Joe served on the Lakeland Downtown Development Authority and Downtown CRA Advisory Committee (2002-2011) and chaired the City of Lakeland Charter Review Committee (2016-2017). He presently serves as the special magistrate for several municipalities within Polk County. Over the years, he has been actively involved in numerous community boards and service organizations, and presently devotes much of his time and energy to the Lakeland Kiwanis Club. Joe has 3 children and 7 grandchildren.